There are two important junctures in a student’s life. One is 10nth class and another is 12th. Stream selection, applying for a right college, career prospects for a chosen discipline and so on. Confusions and dilemmas of that sort are endless. To elucidate and orient the students for making right choices, R. N. Podar school had organized a career counselling session by Mr. Viral Doshi at Manik Sabhagriha, Bandra on 5th of July, 2015.

The session was not only open to the students belonging to grades 9th, 10th, 11th and 12th but also to their concerned parents who are equally worried about the future of their children. Mr. Viral Doshi is a renowned career counselor who is on the advisory board of many institutions within India and overseas. He is a regular speaker at many school conferences and workshops and extensively concerns himself with the process of guiding budding students and setting them on the right path.

The session began with a few opening remarks by our Director-Principal Mrs. Avnita Bir who with her vast experience conveyed the difficulty of making right choices and parenting. Setting the context, Mrs. Bir invited Mr. Doshi to take over the session. Mr. Doshi spoke about various aspects of decision making and brought to the students attention, a constellation of practical issues and constructs. Such an exposure was an eye opener for a lot of the audience, contrasting the fantasy with the practicality.

The session ended with a Live Question and Answer round, where a lot of parents and students stood up to put forward their queries which were addressed in a lucid manner by Mr. Doshi. Parents and students left the hall with a lot of clarity and a coherent way forward. 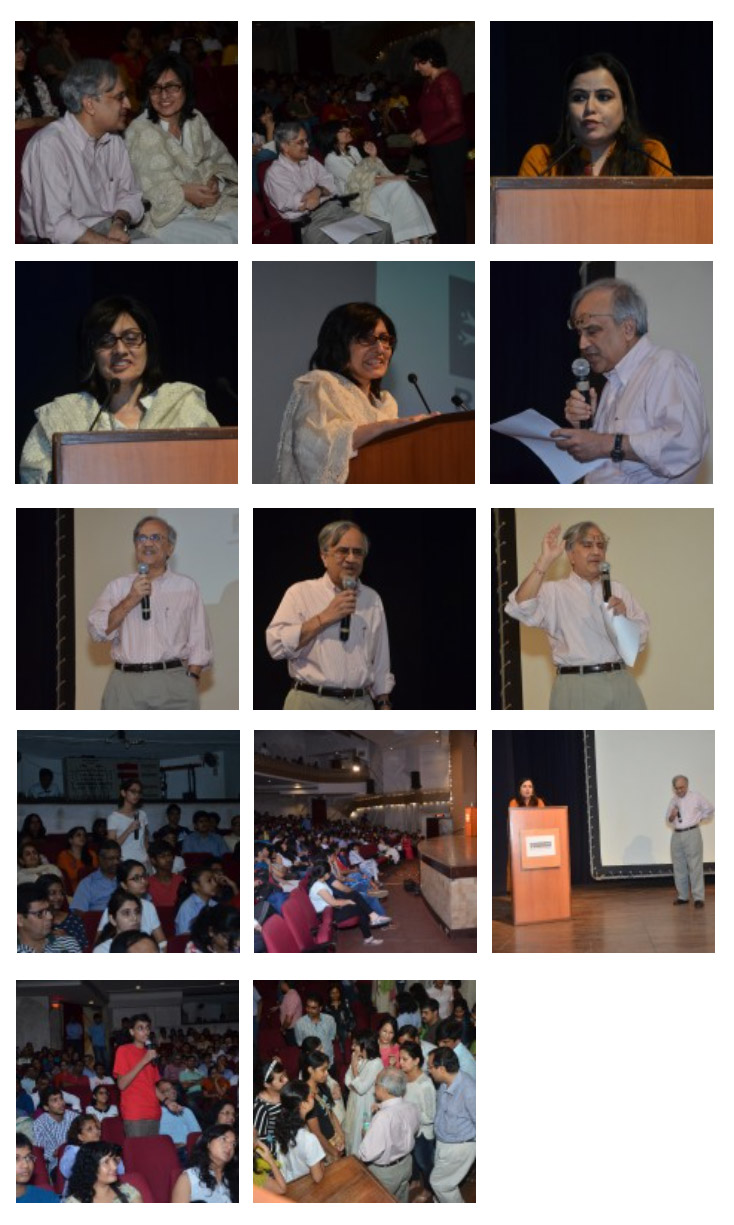